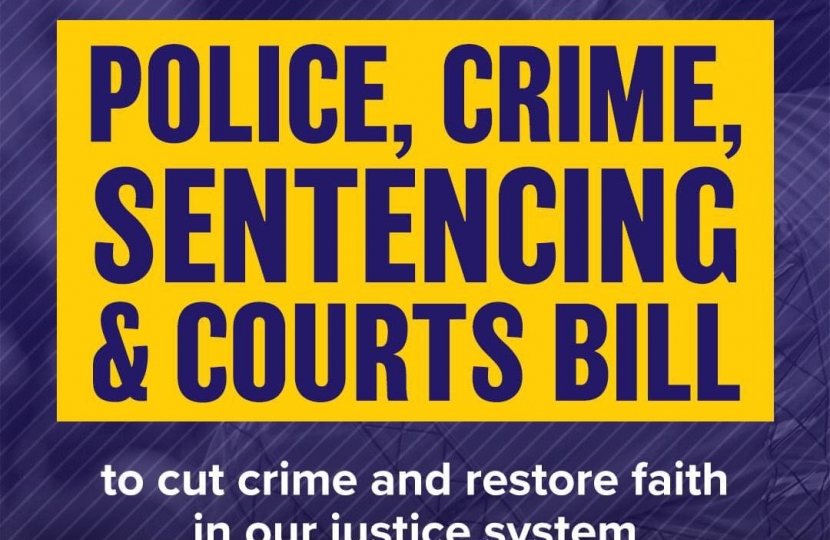 Yesterday, this Conservative Government introduced new legislation to Parliament which will deliver on our manifesto commitment and give the police and courts greater powers to do their jobs, whilst ensuring the most violent criminals spend longer behind bars.

The Police, Crime, Courts and Sentencing Bill introduces new protections and powers for the police while reforming sentencing. Measures include:

Whole Life Orders for child killers, with judges also allowed to impose this punishment on 18 to 20 year olds in exceptional cases.

Doubling the maximum sentence for assaulting an emergency worker from 12 months to 2 years.

Increasing the maximum penalty for criminal damage of a memorial from 3 months to 10 years.

We need a fair justice system – one that stands for the law-abiding majority, not the criminal minority. During the 2019 General Election, I pledged to crack down on crime and build safer communities across Gedling – and this Police, Crime, Courts and Sentencing Bill delivers on that commitment, ensuring punishments fit the severity of the crime.