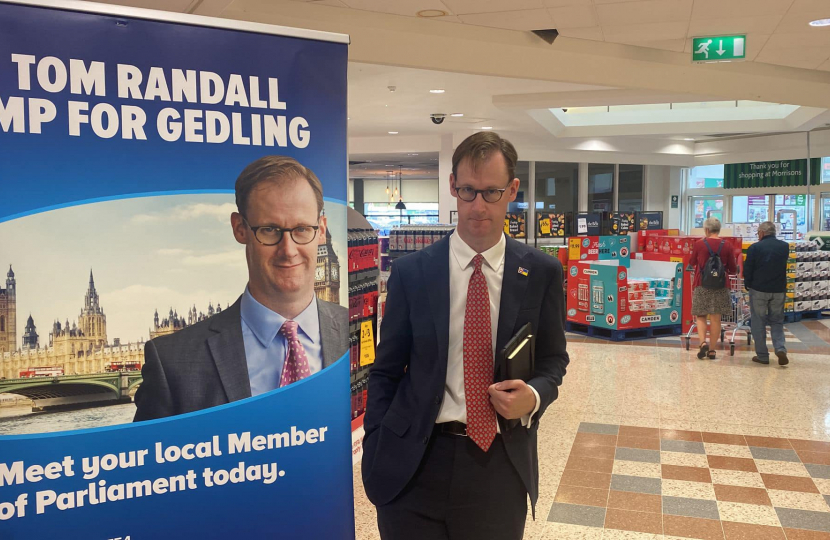 Tom Randall is your local Member of Parliament for Gedling.

Tom grew up in Arnold and went to Redhill School. The first member of his family to go to university, Tom read law at Oxford. Before his election to Parliament, Tom worked for a professional membership body.

In the 2016 referendum, Tom campaigned for and voted for Britain to leave the European Union. He believes Brexit unlocks great opportunities, particularly in the Midlands and the North.

On being elected, Tom said: “I am delighted to be elected as your Conservative Member of Parliament for Gedling. I feel very privileged to have the opportunity to represent the place I call home. I believe in serving society and local communities, standing up for those who do the right thing, those who do the work, those who raise families and those who start the businesses which fund our public services.”

Tom lives in his home town of Arnold.