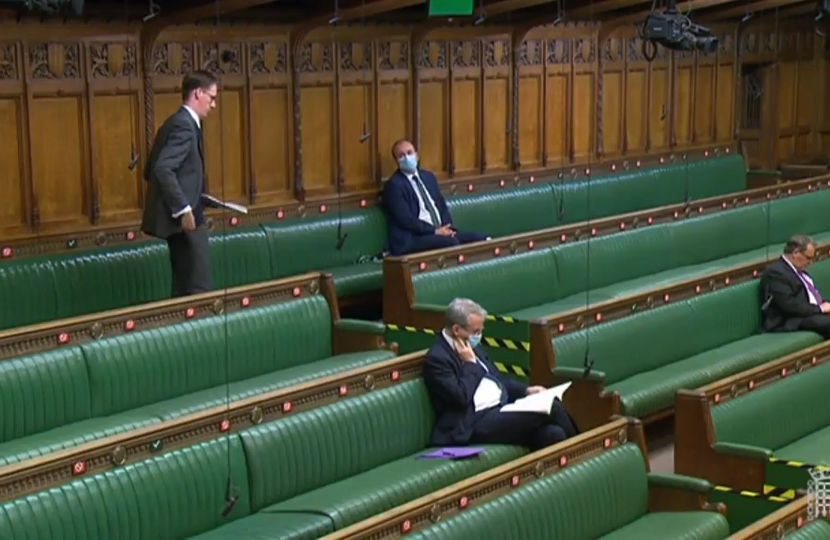 Environment Secretary George Eustice has commended Burton Joyce and Stoke Bardolph residents for volunteering for a new group aimed at tackling flooding in the area.

Gedling MP Tom Randall has been working alongside the local councillors to help them recruit volunteers.

Speaking at questions to the Department for Environment, Food and Rural Affairs, Tom asked: “I have been working with local councillors in Stoke Bardolph and Burton Joyce to work with residents and partner organisations to set up a flood action group that will help to take some preventive action and provide reassurance in part of the Gedling constituency that occasionally floods”

“Will [the Environment Secretary] join me in commending those who are volunteering to join this group and tell me what steps the Government are taking to help to prevent flooding in Nottinghamshire?”

In reply, the Secretary of State for Environment, Food and Rural Affairs Rt Hon George Eustice MP said: “I commend the work that Tom Randall MP and those local volunteers are doing. We have our flood resilience forums around the country. The Environment Agency works with local government on them and on putting them in place so that communities can improve their resilience. More broadly, we have an ambitious capital programme of more than £5 billion over the next five years to invest in flood defences and to protect communities such as his.”

Commenting after, Tom said: “Lowdham Flood Action Group volunteers have been instrumental in reducing the risk of flooding throughout Lowdham. After Cllr Mike Adams, Cllr Sam Smith and I met with them to understand how they have gone about this, we decided to launch the Burton Joyce and Stoke Bardolph Flood Action Group to help prevent damage being caused to property and roads throughout Burton Joyce and Stoke Bardolph as a result of heavy rainfall.

“I am writing to Burton Joyce and Stoke Bardolph residents and thank all those who have volunteered to join the group. As soon as restrictions allow, the Trent Valley Councillors and I will help to arrange training and begin setting up the group with relevant resources, equipment and tasks.”