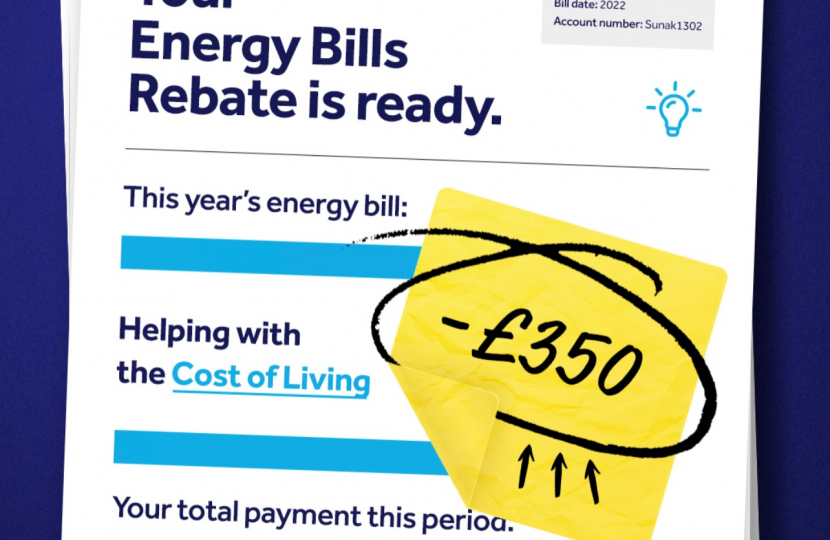 Energy prices are rising due to an increase in the wholesale cost of gas. This is, in part, due to global factors which are out of the Government’s hands. For instance, global demand has increased from places such as Europe and China as countries transition away from coal.

These various factors have pushed the cost of gas to an all-time high, costing energy providers more than three times the wholesale price as it did last year.

What is the energy price cap?

The price cap is the maximum amount that all UK energy suppliers can charge for each unit of gas and electricity used on a default tariff. The cap, which is calculated by Ofgem, the independent energy regulator, stops energy suppliers from charging too much. Your energy bill will go up or down depending on how much energy you use, but the price per unit and the standing charge will never go above the price cap.

Since the energy price cap was last updated in August 2021, the current level does not reflect the subsequent unprecedented record rise in gas prices.

As a result, Ofgem has announced that the energy price cap is to be increased from 1 April 2022.

How will this affect you?

While some of you will have had your prices gradually rise over the past few years, you might be seeing an immediate rise, or you might expect to see your bills rise in the near future. This is due to the wholesale rise and the energy price cap being increased by Ofgem.

The price cap for those on a default tariff (sometimes also called a standard variable tariff) paying by direct debit will increase by £693 from £1,277 to £1,971 per year.

It is important to note that you will not be affected by the increase until your current contract with your supplier ends if you are under a fixed contract.

What support is available to help pay your bills?

The Government has already taken steps to tackle the cost of living by reducing the Universal Credit taper rate, increasing the National Living Wage, freezing fuel duty for the twelfth year in a row, and launching a £500 million Household Support Fund to help the lowest-income households with their bills.

Following Ofgem’s increase of the price cap, the Government has announced a three-part plan worth £350 per household to tackle the rising cost of living and ease the burden of increased energy costs:

(1) A £200 loan on energy bills for all households, to be paid back over the next five years at £40 per year, starting from April 2023. This will be provided to households from suppliers, starting in October.

(2) A non-repayable £150 cash rebate for homes in Council Tax bands A-D, cutting 90% of Council Tax bills across Gedling by £150, helping both lower and middle-income families. Those paying via direct debit should receive the rebate automatically in April. Those not on direct debits will have their claims processed in April.

(3) £144 million of discretionary funding for local authorities to support households not eligible for the council tax rebate.

In addition to these three steps, the Government is continuing with plans to increase the Warm Homes Discount and extend eligibility by one third to an extra three million vulnerable households, worth £150.

If you are struggling to pay your energy bills, you can seek free financial advice from a range of resources:

Vulnerable customers can call the Citizens Advice Consumer helpline free on 0808 223 1133 Monday to Friday 9 am to 5 pm.

Money Help offers guidance and advice on financial matters and sources of help: What to do if you’re worried about your energy bills after the price cap rise announcement (moneyhelper.org.uk)

Page last updated and information correct as of 14/10/22