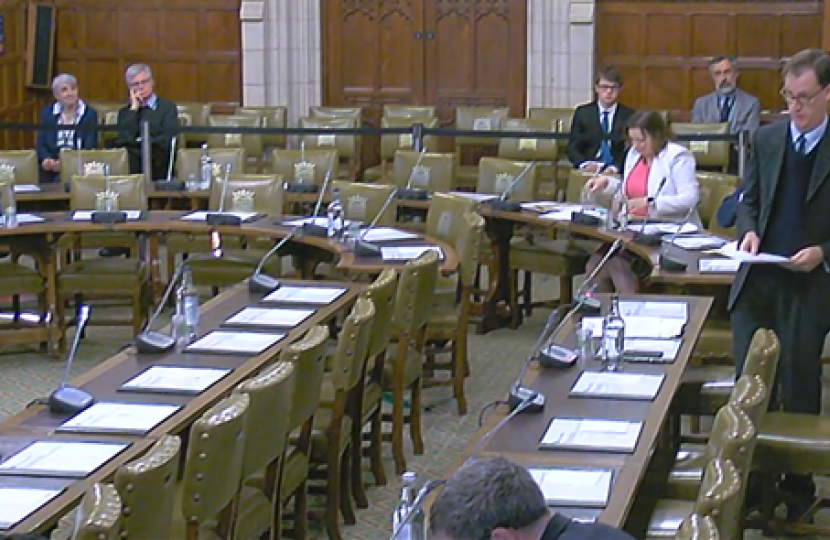 Last week, Tom Randall MP hosted a Westminster Hall Debate on transport in Nottinghamshire. During the debate, Tom Randall MP called upon the Department for Transport’s Roads Minister for support towards a business case for a fourth Trent crossing in Colwick and improved rail services at train stations across Gedling.

During the debate, Tom Randall MP said: “The closure of the Clifton bridge brought large parts of the city to a standstill at rush-hour, including traffic on the A612 in Gedling, on the other side of Greater Nottingham.”

“A fourth Trent crossing to the east of the city centre would relieve the pressure on the existing system. It would, if constructed at Colwick, complement the recently-built Gedling Access Road. And it would also provide better access for residents in the eastern side of Nottingham to the A46.”

Tom went on to ask the Minister to signal her support for a strategic outline business case for a fourth Trent crossing, which will cost £150,000.

In reply, the Department for Transport’s Road Minister Katherine Fletcher said: “As someone that has got stuck in Nottingham when it grinds to a halt I do recognise the points [members] are making.”

“The project, at this stage – highlighting wanting to pull a business case together to get the investment and ease congestion – I’m happy to take that away. It’s something that is in its very embryonic days. If I could perhaps write to you with the routes and opportunities you have to build an investment case locally and get that onto the DfT slate, I’ll follow that up with official help.”

In addition to championing a fourth Trent crossing, Tom Randall MP also called for improvements to the train services that travel through Gedling: “In my own constituency, Gedling, we have three railway stations – Burton Joyce, Carlton, and Netherfield – that are not being used to their full potential. They are pleasant stations, but local residents complain to me that if there is a train to take them to work in the morning, there isn’t necessarily a train to bring them home; too many trains pass through Gedling’s stations without stopping and rail services don’t run late enough for the train to be an option for those travelling to the City of Nottingham for leisure. This can and must be remedied. Improvements on these lines, between Nottingham and Lincoln and Grantham, can help to make rail competitive with car journeys.”

Commenting after, Tom said: “It was pleasing to hear that the Government is working on exciting rail projects in Nottinghamshire, which includes the electrification of the Midlands Mainline, bi-mode trains and HS2. Government is also reviewing the scope for capacity on high-speed services and is considering station options. I hope that this increases the services at our stations in Burton Joyce, Carlton and Netherfield.

“I am grateful to the Minister agreeing to follow up with assistance on moving the fourth Trent crossing proposals forward. This will be a long process but the end result will reduce traffic throughout Colwick, Netherfield, Gedling, Stoke Bardolph and Burton Joyce, make journey times quicker and connect Gedling to job opportunities.

“Nottinghamshire is part of a devaluation deal worth £38 million and that will hand over transport powers to local people from 2024. This is welcome and I will continue to do all I can to secure improvements to our local rail services and move the fourth Trent crossing project forward.”