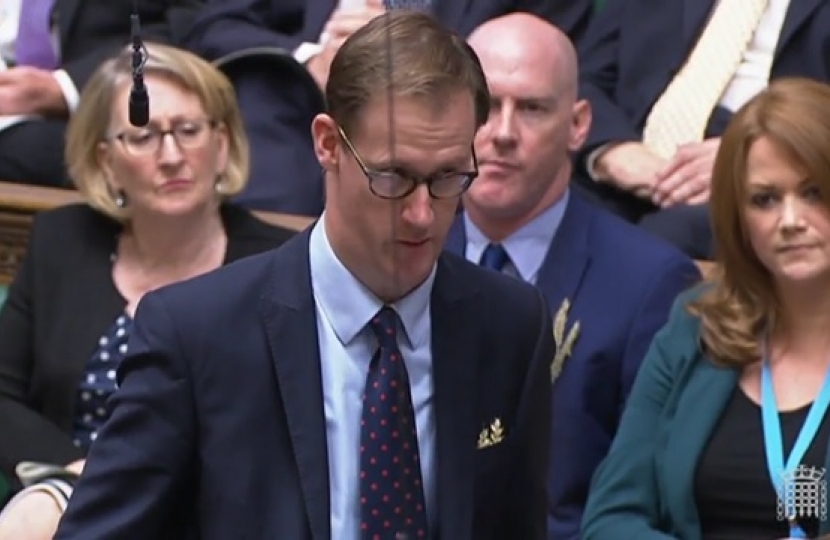 During Prime Minister’s Questions yesterday, Gedling’s Conservative Member of Parliament Tom Randall said “Work continues to improve maternity services at Nottingham University Hospitals. Last week, local MPs heard from those affected in a meeting with the Minister for Patient Safety, including from a former constituent of mine whose baby died only eight weeks ago.”

Tom went on to ask the Prime Minister “Will my Right Honourable Friend agree that it is right that there is going to be an independent review into local maternity services and will he join me in asking for those affected to come forward to give evidence to that review, so that, in the future, mothers across Nottinghamshire get the maternity services that they both need and deserve?"

The Prime Minister replied: “The review is going ahead and we will look at what to do once it has been completed. In the meantime, Nottingham University Hospitals are going to be supported through the National Maternity Safety Support Programme.”

Speaking after PMQs, Tom said, “Last week’s meeting with patients and the Patient Safety Minister, organised by the Nottingham South MP, Lilian Greenwood, was very moving. It is reassuring that an independent review is taking place and I join the Prime Minister in encouraging mothers across Gedling and Nottinghamshire to contribute evidence to that review so that appropriate improvements can be made.”

Further information about the review can be found here: https://nottsccg.nhs.uk/get-involved/independent-review-of-nuh-maternity-services/