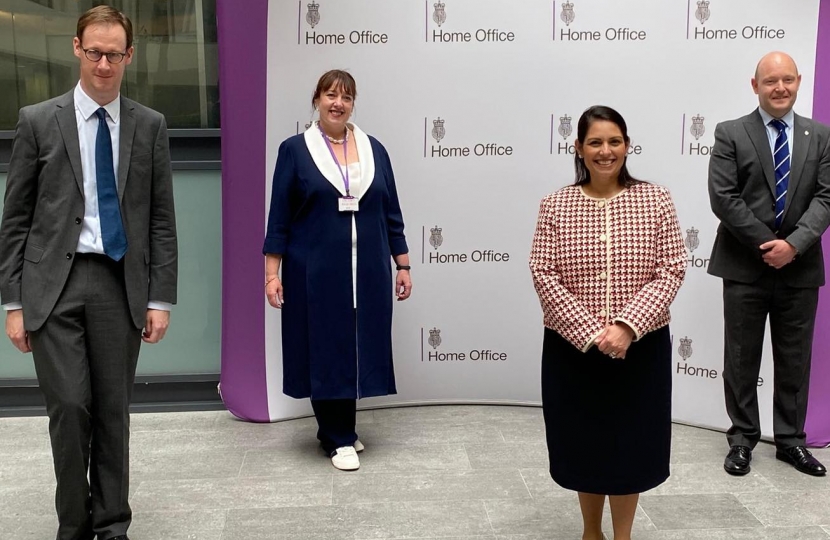 This week, my work in Parliament and across Gedling has included:

Introducing Gedling's Kids Against Plastic to Nottinghamshire's Chairman of Children & Young People, Cllr Tracey Taylor, as part of their campaign to reduce single use plastics in our schools

Spoke in the Report Stage of the debate on the Police, Crime, Sentencing and Courts Bill about the importance of tackling pet theft

At the Public Administration and Constitutional Affairs Committee I quizzed the Mayor of Greater Manchester, Andy Burnham, and the Mayor of the North of Tyne Combined Authority, Jamie Driscoll, about their views on the development of devolution in England.

Met the Home Secretary Priti Patel MP to discuss the Government's new plan for immigration, which is targeted at reducing channel crossings

Now enjoying a Friday cocktail with my team at Arnold’s new Sashas Wine and Cocktail Bar, which is a great addition to Front Street and independently run by a local resident - well worth a visit

Have a great weekend and good luck to England in Sunday’s final!

I report back to you on the work I am doing in Parliament and across Gedling each month and every week I round-up on my work,

You can find my reports below.

Each month, I report back to you on the work I am doing in Parliament and across Gedling and below is my report on August 2022.