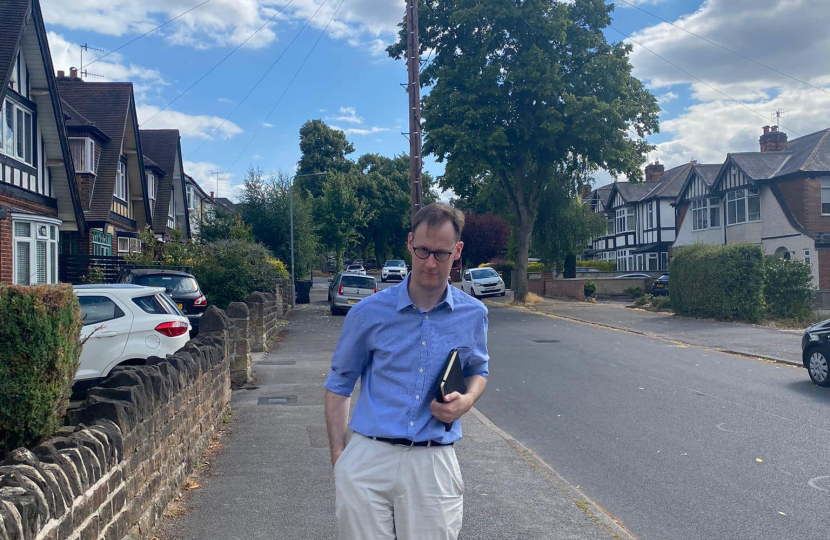 This was a particularly monumental week in Parliament as the Conservative Party looks to decide who will lead the Party and, subsequently, the country. Whilst all that happens, it has been business as usual for me as I look to deliver for Gedling at home and in Westminster.

My week has included:

Asking the Work and Pensions Minister when Gedling residents can expect to receive their Cost of Living payments (https://fb.watch/eh0xJg7JAb/). The initial £326 is now landing in the banks of over 10,000 Gedling constituents.

Accepted an award from Killisick Junior School as one of their Alumni winners at the Flying High Trust Awards - It is always a pleasure to cheer on the achievements of my former school. Well done to all those who received an award.

Being re-elected on to the 1922 Executive Committee.

Backing Kemi Badenoch in her leadership bid and I look forward to voting for her in the subsequent rounds of voting.

Holding my first street surgery of the summer in Woodthorpe, where I listened to constituents concerns on their doorsteps. During August, I will be holding weekly street surgeries across Gedling and I look forward to chatting with residents during my summer tour of high-streets, pubs and supermarkets - details will be shared with constituents shortly.

I am now looking forward to a weekend spent at home in Gedling, listening to the views of real people and hearing their thoughts on the leadership election, whilst enjoying this beautiful weather during tomorrow’s NetherFest where I will be officially opening the craft market and street music event at 10am.

I report back to you on the work I am doing in Parliament and across Gedling each month and every week I round-up on my work,

You can find my reports below.