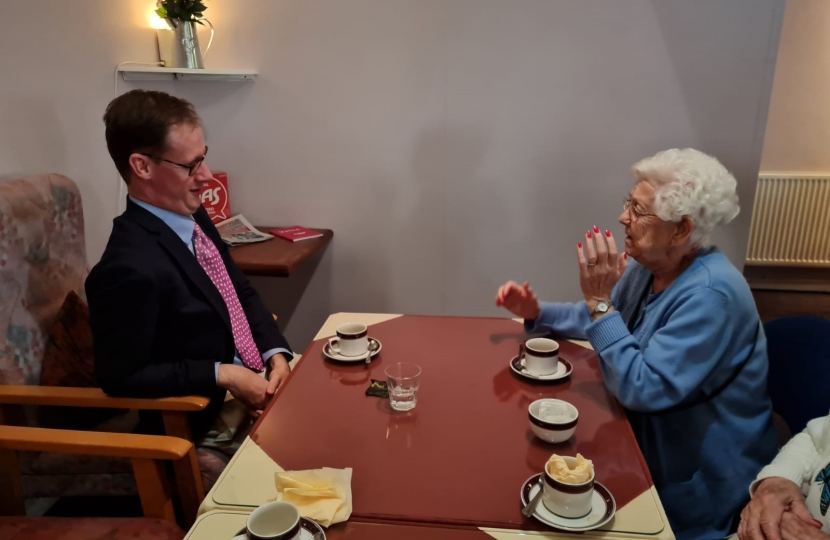 Tom Randall, Member of Parliament for Gedling is thanking National Lottery players for their role in raising much-needed funding for local charities and community groups. The heartfelt thank you came as local groups have so far received £38,305 of National Lottery funding since January, supporting them as they seek to overcome social and economic challenges caused by the pandemic and build back stronger.

The MP says that he is delighted with the grants and wants more local good causes across Gedling to apply for National Lottery funding, saying it could be a lifeline as they begin to recover from the impact of the pandemic.

Groups to have benefitted so far this year include Age Concern Carlton and District which has received £8,400 towards a telephone befriending service for older people in the local community, which will reduce levels of social isolation and loneliness amongst people who have been particularly affected by the pandemic.

Information about how to apply for funding can be found at The National Lottery Community Fund’s website: www.tnlcommunityfund.org.uk.

Tom Randall, Member of Parliament for Gedling, said: “It’s heartening to see how many community groups have benefited from National Lottery funding across Gedling so far this year, with £38,305 being awarded since January. These groups are inspirational in the great work and support they provide to local people and their community through what have been some extremely difficult times.”

Elly De Decker, England Director at The National Lottery Community Fund, said: “I am incredibly proud that we have awarded almost £200 million across England so far this year, responding to needs and changes in our communities brought on by the pandemic. We know that people care about issues including employment and employability, supporting young people, supporting the vulnerable and creating better connections within communities to tackle loneliness. It’s fantastic to see that this funding, raised by National Lottery players, is having a significant impact on people’s lives across the country, helping to build back stronger communities.”

Last year, The National Lottery Community Fund awarded over half a billion pounds (£588.2 million) of life-changing funding to communities across the UK. Over eight in ten (83%) of its grants are for under £10k – going to grassroots groups and charities across the UK that are bringing to life amazing ideas that matter to their communities.

To find out more visit www.TNLCommunityFund.org.uk