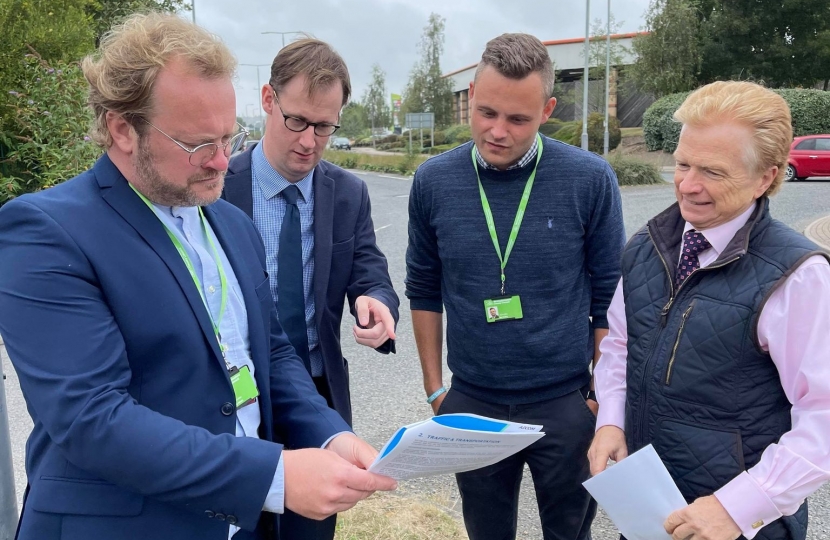 A fourth Trent crossing is a project that has long been spoken about. After surveying residents in Colwick, Netherfield, Burton Joyce and Stoke Bardolph, Tom Randall MP and Cllr Mike Adams found there is a public appetite for a crossing and they are keen to see it progress.

Tom said: “A fourth Trent crossing in Colwick would reduce traffic congestion throughout Colwick, Burton Joyce, Netherfield and Stoke Bardolph and shorten journey times for Gedling’s commuters. It would also create jobs for Gedling residents by better connecting us with the A52 and A46, opening up new business opportunities.”

Tuesday’s site visit between Tom Randall MP, the Leader of Nottinghamshire County Council, the Council’s Committee Chairman for Transport and Environment and Colwick’s County Councillor follows a meeting Tom had in February this year with the Roads Minister, Baroness Vere.

“Transport issues are complex and take time to deliver but there was a good, meaningful discussion on Tuesday about potential ways to take this project forward. Off the back of this meeting I will be speaking to Government and to other key bodies in the region to continue work on this so that progress can be made towards building a fourth Trent crossing in Colwick.”